I was glad to read your post this morning.I thought of you yesterday evening, as I put covers over my spinach and lettuce in the garden against the freeze.
Your post inspired my meditation.  I began with putting myself in a tent on the street where I pass by several times a week.  A house-less encampment near the locked high school field where I used to run the track.

Into the azure stillness ocean

undissolved expanse of of blue beyond blue.

into the dusty stone strewn sky

grasping onto nothing secured or stable

seeking deeper into the melted core where

seeking, bursting free in verdant joy only to

Not a crack, not a pore, not a crinkled broken leaf

not a churned stone, not lightining struck branch,

not a rotten heart, not the unconditional shade,

not the gentle wind song, not the decaying moldy crevasses,

not the golden sun emanating leaves, not the woodpecker holes,

bleed your song like the golden leaves into solvent expanse

make each step a thrust of every pore of being,

know each thought creating and uncreated

Greif and joy chameleon into each other

fear and strength shape shifting as ….

separate and one not two.

As I woke to a 29 degree starry lit sky and condensation on the windows of the Element, I began immediately to plan how or even if I would sit for the morning session; rearranging blankets, adding layers, make tea or not, mind spinning in a whirl of vacillation between the sit and curling back up under the comforter.

Settling on the sit, I prepared in the usual way, but the experience was dominated by the chill and the “Maybe I should move camp to a warmer site?” or “I’ll go find the internet and look for a hiking trail to stay active.”, or “I’ll go find a place where I can get a signal and check a weather site to see what the long term forecast will be.”

Settling into the Tonglen practice was a challenge. My fingertips were icy, my body was aching without the usual warm-up movement, and my mind was in a bit of survival mode. I used some quote from parents to try to get focused: “Think about how lucky you are compared to someone who is living like this everyday.” It felt disingenuous and even elitist. I could never imagine what it would be like! But the thought did start me thinking about the farm and ranch folks living out here in the high desert and unpopulated, seemingly barren land, who grind out a living throughout the year in much worse conditions then this inconvenience of cold in my glamping van.

I began to think about how many options I have and how few they do, how many conveniences available to me compared to the windblown trailers and labor shacks with wood stoves and outhouses. I began to sense a feeling of being left out, left behind, ignored, being unseen. And then I felt guilt for all that I have said and thought about these folks who have been acknowledged, maybe for the first time, by a national figure. I could sense in my body what it might feel like to be pushed to the edges of civilization, while all of your fundamental beliefs and ways of living were being mocked and diminished as deplorable or ignorant.

I experienced how difficult it was for me to attend to the practice of Tonglen with the minimal inconvenience of a dark morning chill. I sensed, in a small way, that if just surviving is the centerpiece of experience, the luxury of contemplation and self development must be out of reach.

And yet throughout the history of civilization, some people in the most dire survival situations, find a way tp practice, to pray, to praise the truest natures of being human, in their gods, their relationships, their self awareness. Enslaved, interned, tortured, abandoned; something shines through. I have judged, and will still judge some of the choices, where that focus of praise and prayer is centered, but when I look more carefully, I cannot judge, but only acknowledge the suffering and the indomitable capacity to find a way through.

In a moment the Tonglen consumes me. I allow my imagination to breath in the suffering of being unseen, forgotten, judged, and breath out “May you be seen, heard, included.”

So now, when I see a campaign sign larger than the Element, or a parade of 100 flag waving pick-up trucks, or a camoflauge wearing, gun toting, angry-eyed man, who watched his children go off to war, watched them return addicted to pain killers and die, watched his faith be co-opted by capitalism, watched the land dry up and burn; then, instead of fear, judgment, and arrogant dismissiveness, I will try to practice, breathing in any suffering that might be there and breathing out “I see you, I hear you, I meet you.”

There is a shift when I practice this, perhaps only in me, but a shift nonetheless. My body relaxes, a space opens a bit in my belly and my heart and my mind and I see, the heart of all of humanity winking at me from deep within those angry eyes.

Dear William,I was glad to read your post this morning.I thought of you yesterday evening, as I put covers over my spinach and lettuce in the garden against the freeze.
Your post inspired my meditation.  I began with putting myself in a tent on the street where I pass by several times a week.  A house-less encampment near the locked high school field where I used to run the track.

of the mighty Columbia.

through the pores, flushing out

the debris of fires, Covid and elections.

with no rain, no blowing dirt, just sky

blowing through the indian paintbrush

knocking me to the ground

breaking the bones of habituated thoughts.

Just wind, my wind, I want to own it

known, remembered, and forgotten in the same instant.

Lifting me out of absorbed selfness

shattering shackles of the three times 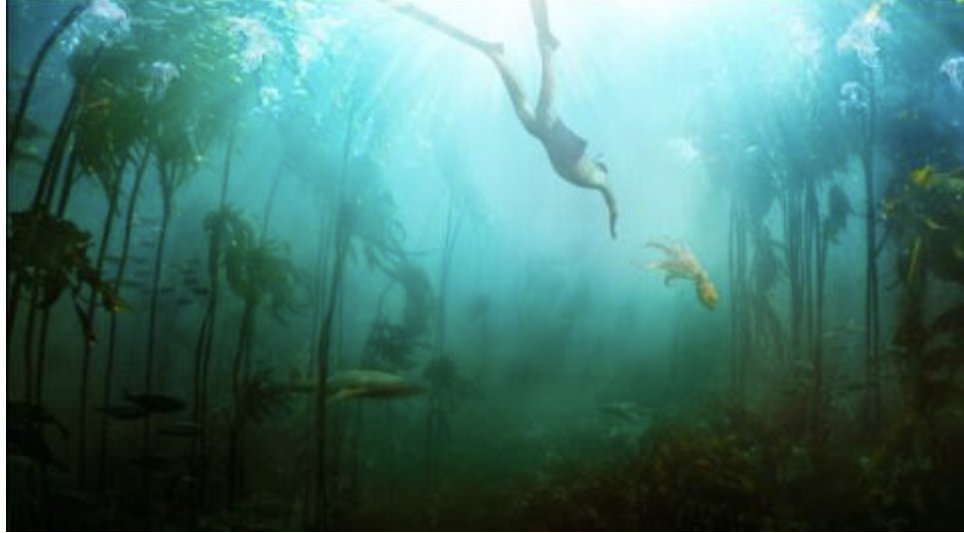 During a body awareness and sensing practice this week, thoughts were cascading in and drawing my awareness concentration away from the practice. Trip planning, the president, preparing the apartment for the next tenants, my injured knee… then back to sensing the limbs, or so I thought.

During this sit as I was “coming back”, I had the experience of the distractions being present in the sensing of my foot. The closest description of it is as if the foot was experiencing the thoughts or as if the foot was permeated by the thoughts. And as I continued the sensing practice the thoughts continued, more than usual, and they were not discernible from the sensing. The boundaries between sensing and thinking were ephemeral and in moments indiscernible. The differentiation between observer and observed diminished and it was as if all of the seemingly unique experiences and senses and thoughts were swimming in an ocean of awareness with and simultaneously without distinction. Even the concept of “coming back” was present but not distinguishable as separate from the experience of spaciousness, that I have associated with awareness practice.

“Expand to include” was introduced to my experience in the mid 90’s by a teacher, Michael Naumer, in his work with relationships. A central theme to Ken Wilbur’s “Theory of Everything” is “transcend and include” though transcend seems to indicate a moving above or outside of so “expand” seems more in line with my experience. I have felt for a long time that I could grasp the concept… but it was just that!, I was grasping at something, an idea, a thought that was outside of myself that I had to search for or “get”. I had developed a construct about “expanding to include” that looked or felt a certain way and it, in itself, was not included in the present experience.

Another concept in the lexicon from my experiences of practice has been “even that”, as in, “even that is contributing”, or “even that is included”. And though I have had a taste and a memory of a taste or a subtle experience of both of these, they remained as concepts based on a memory or an idea from the past.

As I write this the concepts and the memory of this morning’s sit rise up and with them all the doubts and desires and graspings and scoffings, and “yesses” and knee pain and garbage trucks in reverse, and ipad, and chilly feet; all swimming in presence, unique but undifferentiated in the ocean of awareness. There is effort there too, in activating the concentration yet, there is also no effort in that.

Now, a few days later as I go in and out of submersion in the events of these times, I find opportunities to check in with the concept of expand to include and to see if the experience of it was a fantasy or is an actual experience that permeates even these most absurd and anxiety filled times.

And the practices; the mediation practice, the practice of impermanence, the practice of loving kindness, of Tonglen, of openhearted listening, surge forward, not as defenders of the peace of mind, or knights slaying the dragons of doubt, but like warm golden honey-covered embracings, that neither push away or vanish the anxiety but include it in this human experience. Not with naive wishfulness, or judgmental superiority, but with nothing… except an experience of this-ness. Then the mind wanders off on its journey of grasping and attachment and fears of madness and the practice seeps in again like a light dusting of starlit clarity that illuminates the strands of connectivity of, even these uncomforatble feelings and longings, to the whole shabang. Experiences that are, not just included in but, essential to the revelation of the true nature of reality; all inclusive, all contributing, all tending to the balance.

So it seems to go and I am left swimming in an ocean as ocean, as octopus, as shark, as fear, as anxiety, as love, as Trump, as the kidnapper, as the kidnapped, as no room and as stable, as thoughts and as stillness, as self and as no self. 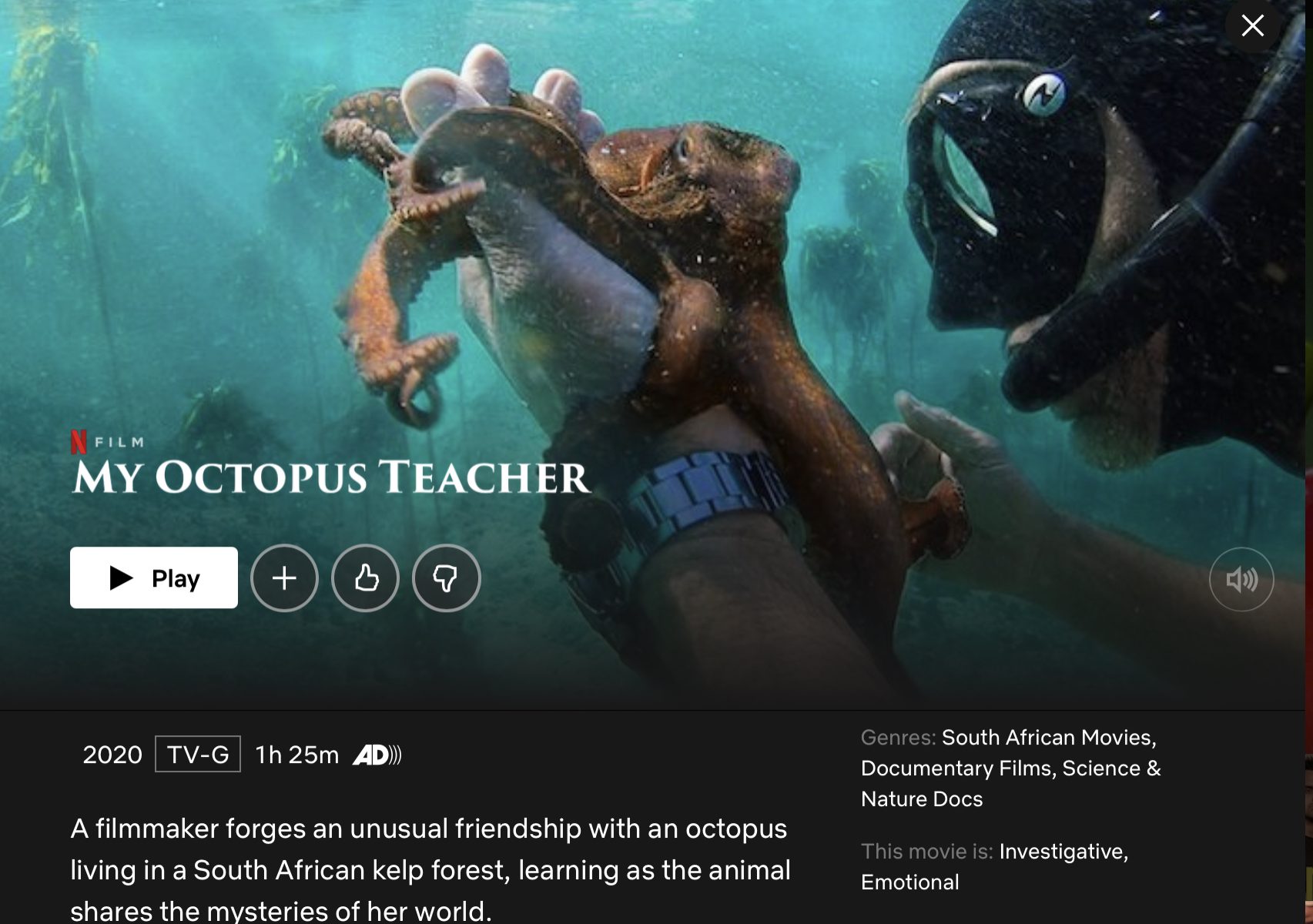 A soothing tale for these times. Reminds us of who we are as human and as a part of the cosmos. Not to be missed.