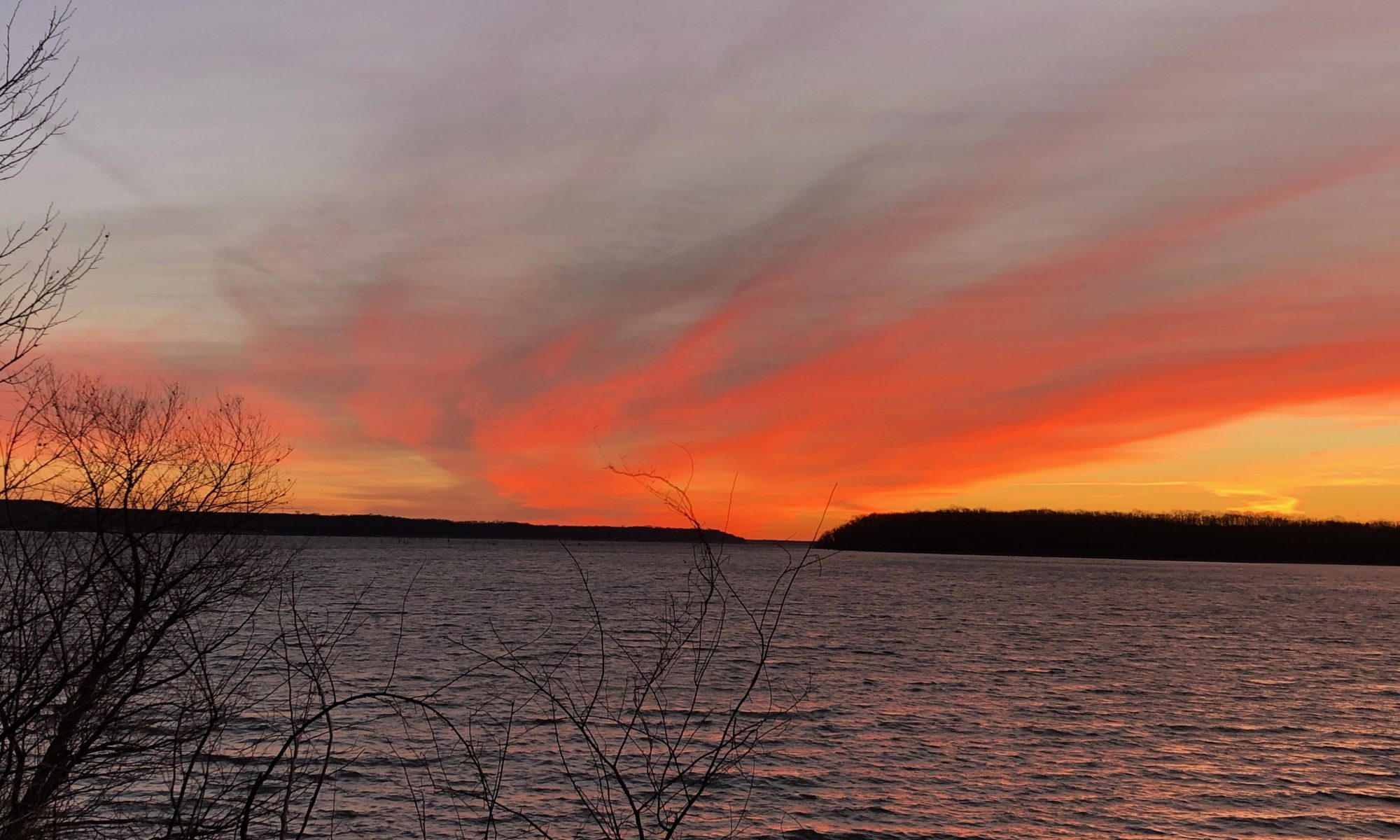 The coldest part of the day is the hour before dawn.

In all of the adventures that have unfolded on this journey; sublime, exhilarating, frightening, shattering, settling… like the dark-cold before dawn, it is the time immediately before culmination of the insight, the light, the heart warming, that I feel farthest from the ultimate essence of the revelatory experience.

Cold has been large part of this journey. Cold is similar to Wind  (see “Storm’s Movin’ In“) except that it doesn’t announce itself. It is just a present, permeating, relentless force that consumes. From soothing gentle cold to biting, cutting, debilitating cold. In each experience of the drop in temperature, I have contracted and drawn in on myself, collapsed in a defensive curling-up; trying to defend against an enemy that is relentless and unrelinquishable.

At some point I realize that all defenses are useless and molecule by molecule, microsecond by microsecond, I shed my armor and Cold transforms from needles to wintergreen laden feathers, brushing away the dead cells that have died due to lack of circulation. I sense the firm gentleness of a practiced hand, meticulously cleaning all the crevices and chasms where I have stored my weapons against its teachings and I finally lay down, defenseless.

And then, as if it were a fragrant oil carried in Cold’s medicine bag,  Warmth drips, coats, soothes the newly raw exposed interior of my being and the relentless sorcery of the Cold is now teacher, healer, awakener.

The way that the dawn insinuates itself on the night is similar. Night will draw back in a defensive posture and barrier itself against the first silver spreading, using the brightest stars or a full moon or a blanket of heavy clouds, but Dawn changes tactics and colors and sometimes the direction of the assault as it lights up Western horizons or mountains with pastels. Each moment is different than the last and Night’s arsenal of defense, though stockpiled to the stars, is never enough and it relents to the onslaught. And then Night too, with its cold light of stars and moon, is known as teacher, healer awakener, for its pointing to my clinging, my attachments, my unhealedness.

And so it is and will be, for in each and every night there is the willingness to be shattered by the dawn no matter how long it takes, and in each and every cold is the warm medicine just waiting to be received.

In the words of a new hero of this age, Amanda Gorman:

When day comes we step out of the shade,

The new dawn blooms as we free it

For there is always light,

if only we’re brave enough to see it

If only we’re brave enough to be it.

Amanda Gorman from the Inauguration of President Biden

All photos except cloud mountain are from Woodbridge primitive camp near Lawrence, Kanas.

Sitting in the protective barrier of Lion Mountain, I watch the first major winter storm for thirty years for this Bend in the Rio Grande. North of my perch, above the plateau that spreads out for several miles before being cracked open by Arroyo and Wind, rests Lion Mountain; a great, maned beast watching over the East and the Great River. The storm which will eventually bring 24 inches of snow in less than 24 hours, barrels down the valleys to the East and West leaving the place, this perch, dry and wind blown.

The Element aka GRW, rocks in the wind like a young child shifting from foot to foot in excited anticipation of their first roller coaster ride. GRW, like the mountain, feels like Protector. Even with the newly smashed window left by some suffering, desperate soul, GRW shelters me from the gusts and will shield me from the oncoming onslaught of the impending storm. If GRW were to have sentience, I imagine that they would feel confident and even proud of how they have in the past, and will tonight, take the brunt of the knocks, rocks and rolls of this journey.

Raven, now steers themself toward Lion Mountain, losing as much air as they gain in the stormy gusts. There are not enough “stones to swallow” to keep Wind from throwing Raven back and back and back again until finally surrendering and dropping out of their prideful effort to find sheltering in Arroyo, hunkering down under scratchy limbs of Mesquite.

Wind is at a sustained 20 mph with gusts up to 30 or so mph. Once on the sandy shores of the great Columbia, GRW withstood 45 mph winds with gusts up to 60mph. I recall taking down the tent during that storm and having Wind lay it down flat in the sand before I could unstake the poles. Although the sound and the rocking seems threatening tonight, I know what it is like to lie awake through a night on open ground with Wind double what it is now.

Of all Earth’s apprentices; Fire or Rain or Quaking or Cold or Wind, Wind is the one that is the most unsettling for my inner being, especially when Wind is relentless like tonight. But even as a gentle breeze, when it is as constant as this storm will be, Wind gets deep inside me, finds every crack and crevice, every loose board, and everything not nailed down in my sense of self and works at dispersing, breaking open and disintegrating them all. And the concepts that are concretized are worn down and weakened until they are loosened as well, and identity, stability, and the Self itself is left somewhat shattered. Surrendering to Wind takes me to the edge of what some might call madness and what I experience as the freedom of complete selflessness and open sky awareness. Just like when Sky is swept clean to a clear azure blueness in the aftermath of a storm.

Lion Mountain remains still in Wind’s onslaught, offering Wind all of the dust and debris and rock granules, that are no longer serving. Asking Wind to carve away everything to leave only Lion Mountain essence or as Dogen teaches in “Moon in a Dewdrop”; “mountain flowing”.

Wind reaches deep with in my being and releases Fear which starts as a churning in my belly as if a tropical depression had begun there and is quickly building to a category 5 hurricane. As the storm of Fear builds and all loose and solid attachments are threatened, I experience the clinging and gripping that mind does to maintain its throne. I can sense the deepening, welcoming warmth of Space as Wind whips Fear up and out, scrubbing this interior spotless and spaceful.

Winds tulmutuous song plays the desert shrub, yucca, chollo, and GRW into a cacophonous chorus of tympanic tumult. My mind tells my hearing to shut it all out and keep the threatening noise from subsuming and overwhelming its stable throne of concretized concepts. But the warmth arising from the fear-carved space in my belly is like Lion Mountain in its resilient surrender, and as mind senses an inkling of ease through the wall of Fear; a sense of no longer needing to cling onto Self or to protect itself from dissolution, begins to slow to rest, to celebrate the vast, open emptiness that is and always has been here.

Rain is like a quiet snare drum in the midst of the percussive Wind. It seems to soften WInd’s mania, transforming it into a swell of effusive orchestral strings. Eventually rain transforms to Snow and takes the solo like an oboe and the music lulls me into an edgy but restful sleep.

Watching Dawn try to push their way into the fog-frozen night which, after much resistance, finally yields to reveal Snow Lion Mountain. Dawn has often been the time in a journey when Fear, Clinging and Desire sneak in and today is no different, as I look out and realize that Snow has blanketed the entire landscape and GRW, except for a circular area leeward that was shielded from it all by GRW’s bulk. The rocky, riveted, wash-rutted roads had not been too much of a challenge for GRW, but add several inches of snow? Stuck? Stranded? Isolated? Then the practice kicks in; Tea, Sit, Study, mind spins but does not dominate and motivation to explore the newly snow-blanketed land comes from the deeply abiding celebratory Joy of Nature’s beauty.

I walk. and take up one of the indications for practice from Dakpo Tashi Namgyal  to chant and make offerings if Mind is being persistent and undermining. So as I walk, I sing a wordless offering to Nature and Buddha and Freedom. I call on Wind and DesertShrub to join and Rock People to accompany. I dance in the sunless white Dawn while Snow Lion Mountain flows in and out of the risen frosty fog. And there is just

and all Mind’s chatter dissolving as it arises and is embraced by Snow Mountain Lion singing, dancing flowing.

I bow deeply to all Teachers, seen and unseen, heard and unheard and dedicate all of my lives to this freedom from suffering for all beings.

movin’ in, dark and pretty.

movin’ in o’er this canyon.

movin’ in, with black abandon.

Storm, you don’t give a damn,

you don’t care about my worries.

You big ole’ storm, you saved me now,

I’ve moved into your flurries.

you don’t see these eyes, cryin’,

your vast expanse blows through me,

I feel the power of you drivin’.

Storm, you make me cry.