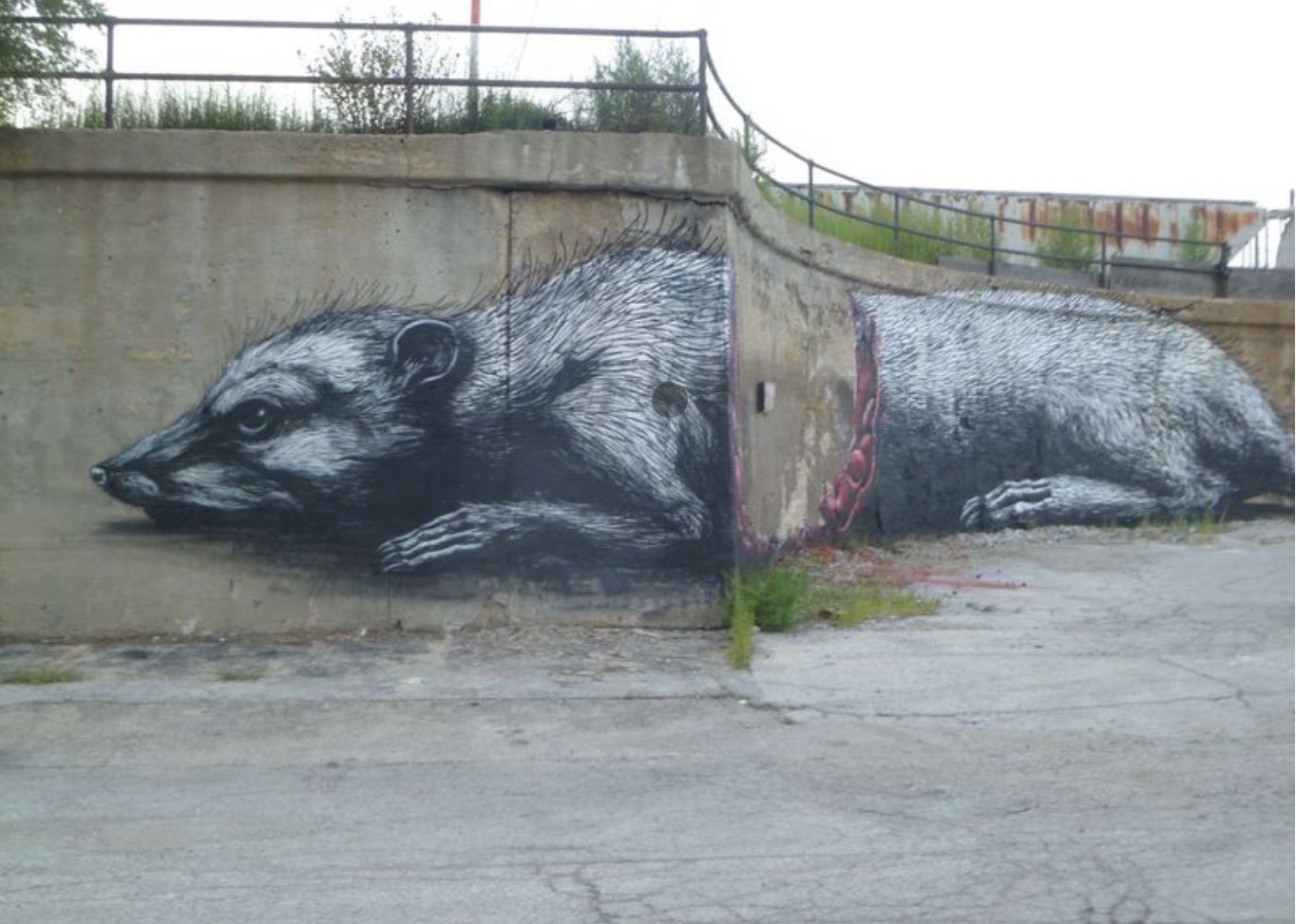 There’s a dead opossum in the walls of this newly built house.

Trapped, sleeping, while the insulation, wallboard, tape, and paint

Were urgently applied to get the job done.

To get to the remnants of the carcass

That is causing a persistent suffering stench

Conscious, intentional, and perceptible harm may cause immediate and maybe even ineradicable results,

is there, available to be raged at, to be swung at, to run from, to apply bandages to, to tell someone about, to seek support for, to choose a reaction to,

Before the studs go in And the insulation is sprayed. And the wallboard tacked and taped And the coats of paint applied.

It’s the harm that arises from the dying opossum in the walls of the house that lies in wait, hidden from consciousness, that, at its inception, cannot be

(because of politeness, PCness, need-to-be-lovedness, a need to survive)

raged at, swung at, run from, bandaged, spoken about, soothed, or reacted to.

It is these hidden or forgotten harms that are initially unseen and seemingly impossible to root out. Because they are imbedded in the foundations of the skyscrapers of lives, and the ways of living that sustain faith in permanence, and drive the fear of its loss.

Could these be the seed of harm?

Threats to existence or the ideas of a permanent existence, Stir up fear, aggression, jealousy, hatred, and attachment; The ingredients for a perfect, permanent concrete mix To conceal the rotting carcasses of harm.

What would happen if faith in

Would the wallboard crumble?

Would the studs rot away,

Would the foundation dissolve?

Would the source of the insufferable stench be revealed?

Would we ever harm again?