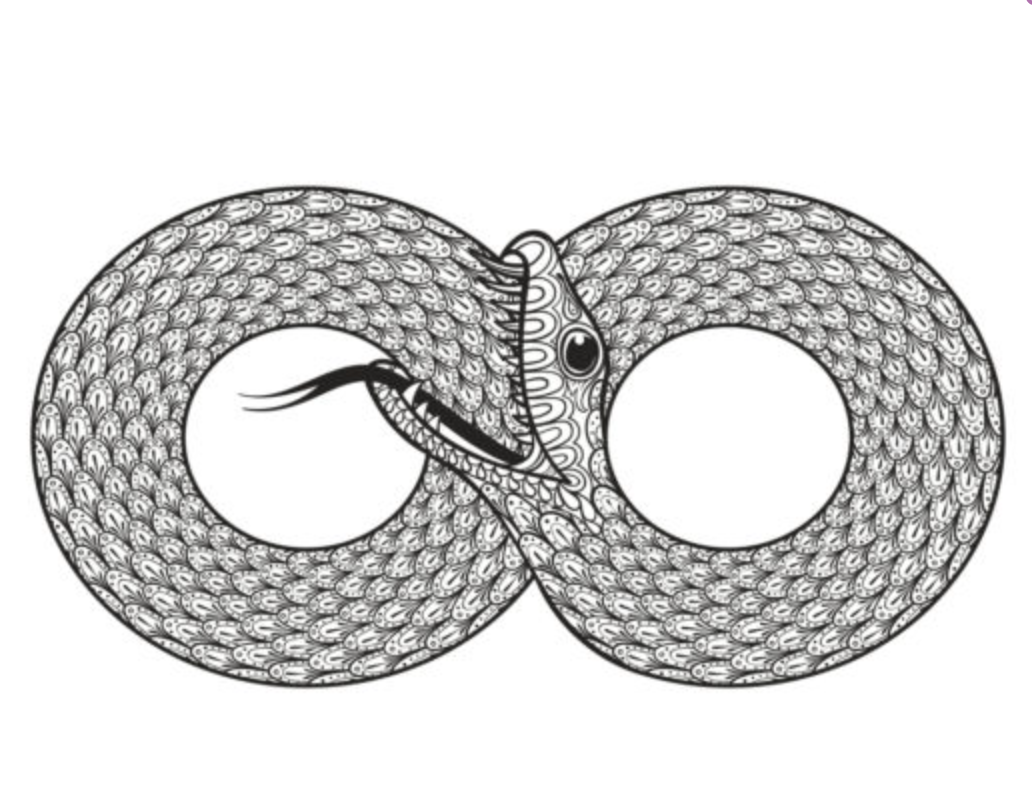 “I have good parking karma.”

“They must have bad karma.”

“What goes around comes around.”

“If you do good you get good.”

The pop karma that permeates Western culture is rooted in the reward/punishment theologies of materialistic spirituality and egocentricity. It is centered on a “me” getting or losing as a result of actions or speech, or payback for the “other” who has taken something from or given something to a “me”. There is a thread that runs through it, spun out of reward and punishment, that if the “me”cannot get, or does get, what it wants or thinks that it needs, some unseen, all knowing force will come in and impose reward or punishment in the future upon the “me” the “other”. And that the current experience is a reward or punishment for actions taken in the near or distant past.

In my earliest exposures to the concept of karma, I could only grasp it in relation to my upbringing in the Catholic church. Like the pop culture of karma, it was dependent on doing good to get a reward or if I did something bad, I would receive penance in this life or the next. There was a little taste of practicing being in the present, but it was mostly about what happened in the past and how I need to pay for my bad actions, how can I prevent those actions from happening again, so that my future will be better. Somewhere in there was the idea that doing good for others would get me to a better place in the future. i.e. it was all about me.

I have used this understanding of karma to promote the inner-critic and the self-justifier. When I do something wrong I should be punished and until I am punished appropriately, I am a bad person. Or I did something right and I should receive a reward or acknowledgment and until I do, I experience a sense of superiority in my altruism. This all can get really convoluted triggering a torrent of shame, blame, arrogance and self righteousness.

My understanding of karma as taught in the Eastern wisdom traditions is much more straightforward and scientific. It is simply action and reaction, cause and effect; action of body, emotion, and thought and the effect of those actions. It is the unconscious engine of temporal reality. There is no moral judgment, as such, because it just is. Karma is merely cause and effect ,and then effect becoming cause for further effects… endlessly. There are some elements of accurate perception of karma in the pop culture perspective in so far as they point to this cause and effect reality, but the popular conception of karma of doing something to get something only shows up in the Eastern teachings as a simile for the mechanics of karma or an inducement to not be a mean person.

From the Eastern perspective, karma is a perpetual circular track of suffering that runs on the fuel of the three poisons; passion, aggression and ignorance. It is like an infinitely long snake feeding on its own tail. It has no independent origin, it is beginningless and endless. When inquiring carefully into the fuels and the structure of karma, it becomes apparent that it is a compound of mental concepts that have no actual substance or inherent nature. Empty concepts that arise from an infinite chain of cause and effect with no initial or terminal moment.

Seeing this and experiencing the quality of this understanding, stills the habitual mind stream for a moment. In this moment that is out of time there is an experience of what Edgar Casey called the ultimate Is-ness. I think that might be what is referred to in buddhism as thusness, and in Taoism as the eternal Tao, and perhaps it is the Rapture in Christian teachings.

In the moment-less moment, there is the experience of freedom, spaciousness, unburdenedness. The perpetual habit stream of karma and the resulting suffering is seen as void of reality. It is like the experience of waking up from an all consuming nightmare and seeing that it wasn’t real. In a sense, one steps out of the endless cycle of cause and effect, karma, and steps into the reality of true nature; though there really is no stepping off or on. It is more like a final knowing that the experience of deep ease, unconditioned love and joy, and the knowing that everything including one’s experience of self as whole, holy, goodness, is just the way things are. That the grasping, clinging, greed, hatred, aversion, fear, doubt are the shadows created by the ignorance of the way things are. These shadows are a result of trying to fix or change or undo karma; cause and effect, when in reality there is nothing really there to be undone or fixed.

When I put my hand in fire I get burned. When I drop a stone in gravity, it falls. I cannot unburn my hand or unstop the fall. I can only not put my hand in the fire or not drop the stone in gravity. I cannot stop the immediate effect of an action. If I move in anger or hatred, either in thought or deed, I cannot undo that moment of action or thought. It will have some effect regardless of what I do, think, or say subsequently. When this realization spreads into the marrow of my being, the aspiration to stop the cycle, arises in the empty space of that realization. In the space of that awareness there is the opportunity and time to look around, find the key to the engine of karma, turn it off, and get off the track.

The goodness of karmic activity is in its capacity to point, urge and cajole us to be alert to suffering and the endless causes and effects of suffering. As awareness of how habit and conditioning contributes to suffering grows, the awareness of the nature of reality as goodness expands. It is as if karmic activity is a headlamp on a path that is shrouded in ignorance; shining the light of understanding on the obstacles of cause and conditioning, and showing a way through to the experience of reality as the intrinsic goodness of being.

In this reality there is only the substance-less, causeless, absolute goodness perpetuating and being perpetuated, reflecting and re-reflecting itself. It is in the eyes of a child discovering snow, and a guardian seeing the child discovering snow. It is in the awe of infinitely different sunsets and the blinding explosions of a lightning strike. It is in the first breath of life and the last sigh of death. It is here and now. No need to search or strive or do anything to get it. Just lay back in the arms of your own goodness and in that, allowing all beings to lay back in your embrace of goodness.

These words are dedicated to all wisdom elders and wisdom teachings and to bringing about the end of suffering for all beings throughout all times and in all directions.