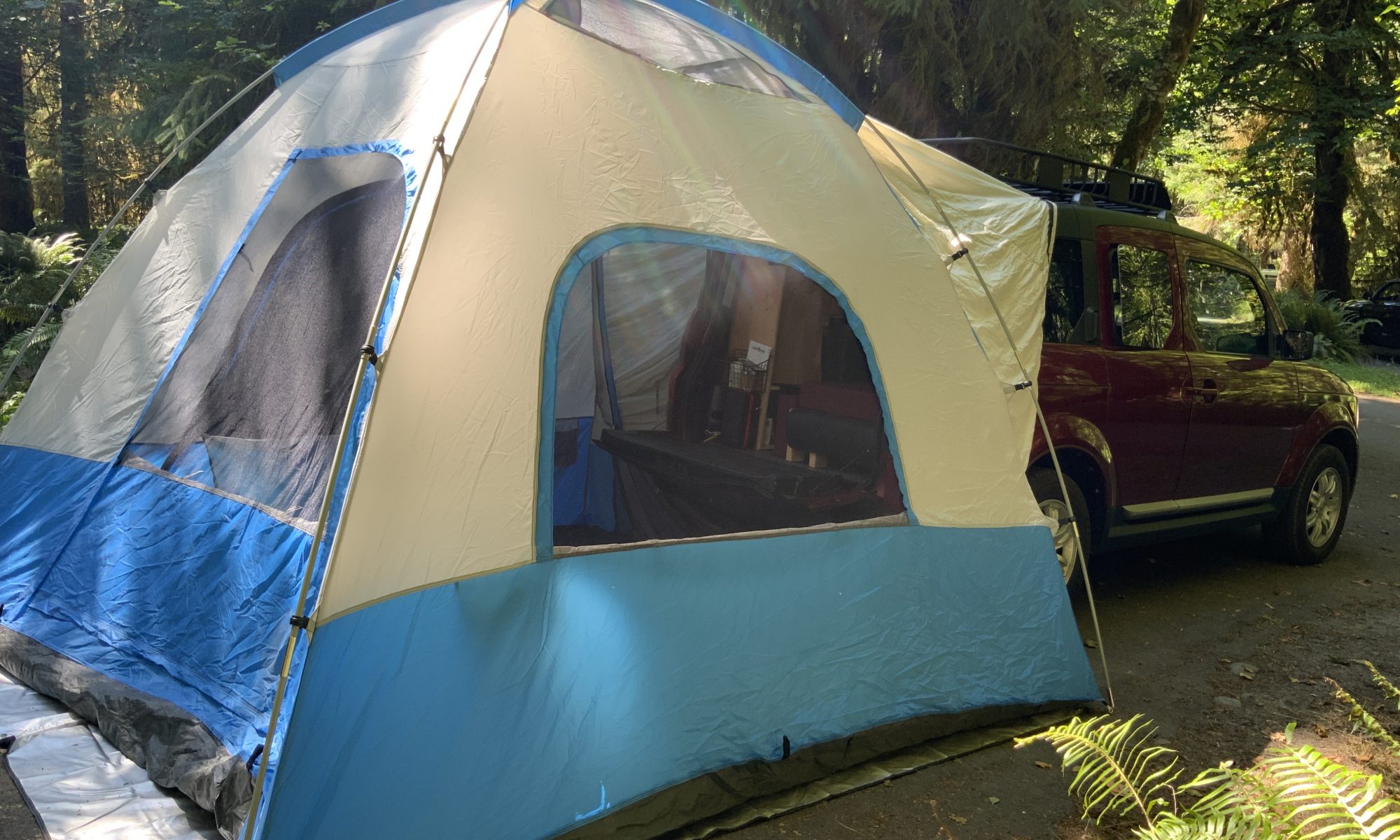 While riding the third ferry of the first day, I was taken by the brilliance of detail in the engineering of the ships. These massive, solid iron boxes floating on water and being propelled by thousands of uniquely engineered moving parts. With thousands of little efficient details and others that do not seem to have any clear purpose except to fulfill some designer’s whims, like big round holes in the girders supporting the decks.

I am equally (no… more!), taken by the engineering of the small metal box, appropriately named ELEMENT, that I will be living and traveling in, off and on over the next year or so. It seemed as if the intent of the engineer(s) was to make sure WIlliam Gentner had all of the nooks, crannies, hooks and crammies (places to cram things you don’t know where to put; in this case a new word made up so it would rhyme with crannies) that he needed on this voyage. It is clear to me that it must have been a crew of bright minds that had watched “Road Warrior” or a “Boy and His Dog” repeatedly and realized that they needed to make a vehicle that could withstand the apocalypse, be sturdy enough for the inevitable desert climes and gnarly roads, as well as providing a space big enough to sleep, eat, play and meditate in.

Engineers turn concepts into reality out of love. Their intentions and the consummations, even when they seem selfish, are ultimately acts of compassion. The engineer looks into the world and sees where there is struggle, suffering, or lack of ease and they take a designer’s dreams and make them a reality using their understanding of how things work and also how to make things safe and easeful. At their best they realize all the things in a dream or design that may cause suffering and transform the dream so it fulfills the loving intent of the dreamer. It seems to me to be one of the most egoless professions one can do. There are very few international, national or even local awards or public accolades for engineers. Sure, they make beaucoup $$, but I have never met one who is motivated by that when they are deep in the work of engineering

One might say that this magician’s skill for turning metal into miracles has brought as much harm as it has relieved suffering. But I do not think that is the engineer’s fault as much as it is the culture of greed and dominance that turns potentially life easing ideas into tools of destruction. There undoubtedly has been a great deal of ignorance of the effects of some engineering marvels, but at the outset the intentions have been, almost universally, manifestations of love for human beings and a desire to lessen suffering.

And now, who will be the ones that ultimately create the tools to reverse the impending apocalypses and see unimaginable paths to prevent them…?

Or at least they’ll keep improving on the ELEMENT, so that as many people as possible can ride out the coming storm with some ease and fun.